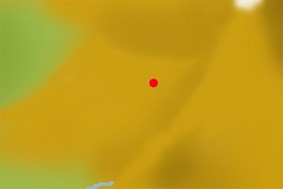 Karu, the best friend of Wanne, built the Sergell Castle in the same place where the hut of his beloved Yrmbegil stood. Yrmbegil tried to cross  the Dankrad mountains over in the times when Karu was a Lady´s Haduwig slave either to liberate him or at least to see him. Despite of innumerable attemps Yrmbegil was unable to do it. The supernatural beings from Dankrad with whom Karu become friends built the catacombs of the Sergell Castle. According to agreement with Wanne Karu hided the silver horseshoe in the catacombs. The prophecy said that only man of royal blood who have this horseshoe can unify the Land of Éllad. Wanne and Karu belived that neither Már nor Udi are worthy to became king of united Éllad. The legend of the silver horshoe was changed in the course of time and later Karu was said to steal the silver horseshoe, but it is not true. Four hundred years later Bald the Black, one of the eleven followers of king Gudleifr and one of the Karu´s offsprings, brought the silver horseshoe to his king.